Reading is a great way
to know more
about us 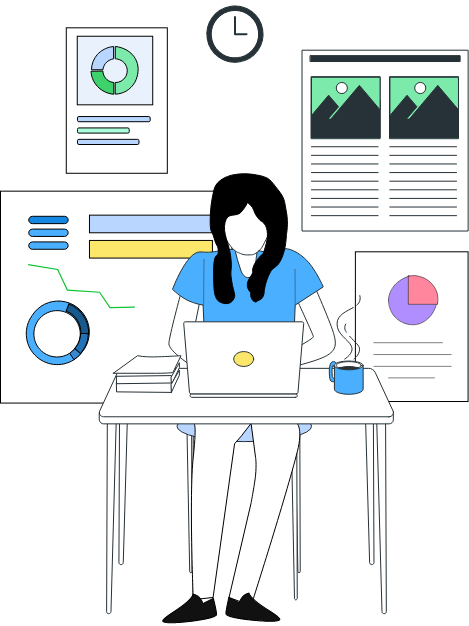 What is a smart contract?

A blockchain-based smart contract is a piece of self-executing code that enforces multiparty obligations automatically and also defines the rules and penalties of an agreement like a traditional agreement. Smart contracts can be executed via consensus protocols and can be used across a broad spectrum of industries including financial services, healthcare, insurance, legal processes, crowdfunding agreements, and more.

What are smart contracts capable of?

There are over more than twenty smart contract platforms available. These platforms differ from each other in a functional, technical, or practical characteristics. That is the reason why developing this platform requires a different set of expertise and skill.

Bitcoin supported basic smart contracts that used to allow the network to transfer value from one person to another. The nodes used to validate the transactions only when certain conditions were met.

Ethereum has replaced Bitcoin's language with a language that allows developers to write their own programs. The platform is specifically built to create smart contracts.

Ethereum platform allows developers to create their own smart contracts with a language that is 'Turing-complete'. This language supports a wider and broader set of computational instructions. The contracts are enforced and validated by computers known as miners. The participants pay these miners a fee that is called "gas". The amount of gas represents the degree of difficulty of computational efforts and the cost to run a contract. Depending on the operations of a contract, different contracts require different gas amount.

EOS is a new and innovative platform for smart contract development when compared to the old and trusted Ethereum. The smart contract development platform uses Graphene technology that makes use of the Delegated Proof of Stake consensus, which means that the validations on the network are done by a chosen set of nodes that are selected based on the stake they hold in the network. This makes it scalable by allowing millions of transactions to run together per second.

The smart contract development platform EOS has been able to achieve 100,000 transactions per second in stress testing.

By using EOS tokens the users get a proportional stake in storage, network bandwidth, and computing power. Even the startups that have a very little stake invested in the platform get guaranteed, reliable computational power, and bandwidth.

Hyperledger Fabric is a blockchain framework implementation originally contributed by IBM and Digital Asset and now the project is hosted by the Linux Foundation. Its architecture provides options to share confidential information, endorse policies for transactions and allows to host smart contracts via a technology called chaincode.

Advantages of using Hyperledger Fabric are :

Platforms and their Programming Language:

Apart from the above 3 platforms, there are many other platforms like Stellar, NEO, Corda, Lisk, and many more. All these platforms have their own features and it is not fair to compare or say which is the best among them as each platform has its own unique features. The only way to determine which platform is appropriate to use is to check our requirements and see what suits us best.